The ancient Fontana del Cervo (Fountain of the Stag) was unveiled during the refurbishment project of the Court of Honor of the Savoy Royal Palace in Venaria Reale. Dated back to the 17th century, the fountain – which represents a hunting scene that perfectly fits the genius loci of the area – was in need of a serious renovation.

The project of the updated ‘water theatre’ has been carried out in collaboration with the architect Carlo Fucini and can be considered as the flagship of a new, elegant design approach combining water culture, Italian tradition and state-of-art technologies. 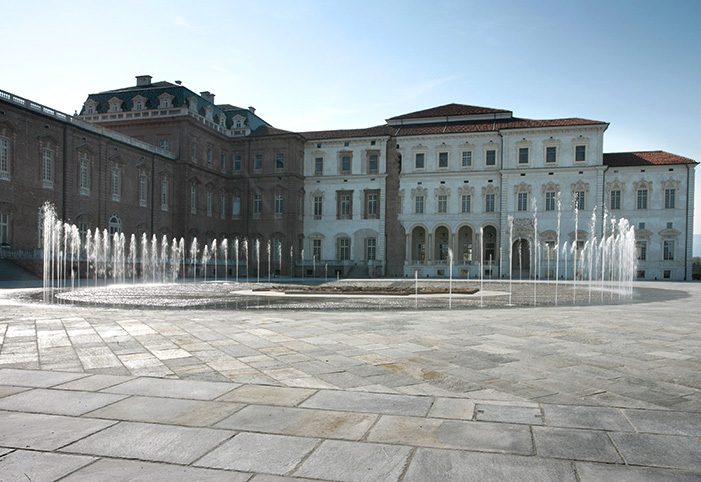 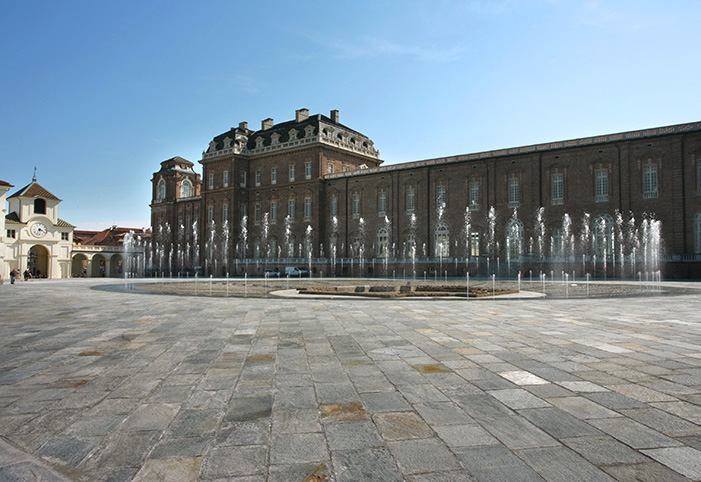 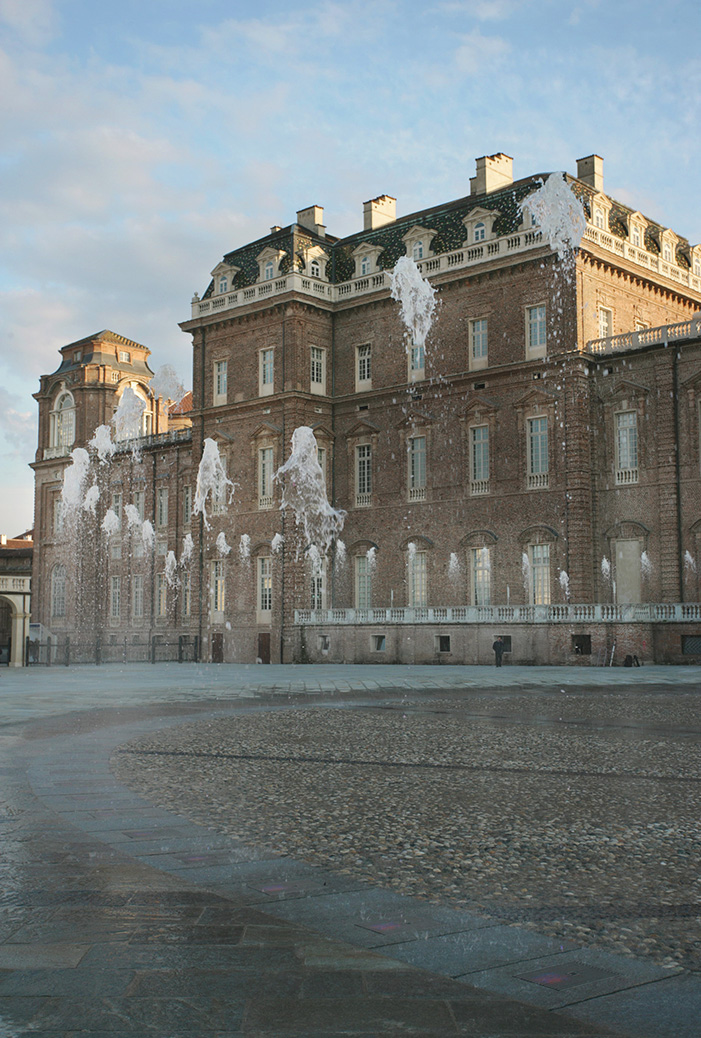 In the 17th century the vast area comprised between the Clock Tower and the Palace of Diana corresponded to two separate court yards. Only two buildings remain of the one that was used as a storage space for carriages: the porticoed wing where the clock tower rises today and the construction to the right, known as Castelvecchio, that predates the Reggia. The second court yard was known as the Grand Court, and it was here that the Fountain of the Stag once stood, decorated by marble statues of twelve hounds and four hunters chasing the bronze stag.

The layout of these spaces was redesigned in the 18th century to create a single Court of Honor: the old stables were replaced by the Great Gallery and the two pavilions at its ends, while the wing that separated the two court yards and the Fountain of Stag were dismantled.

Today the Fountain lives again through a historical tribute to the ancient ruins of the original foundations and part of its decorations, that lie at the heart of a 120-m wide ellipse, restoring the balance of the Court.

Today the Water Theater, with 100 water jets reaching as high as 12 meters, color light projectors and steam pipes, is one of the most fascinating and chorographical fountains in the world. 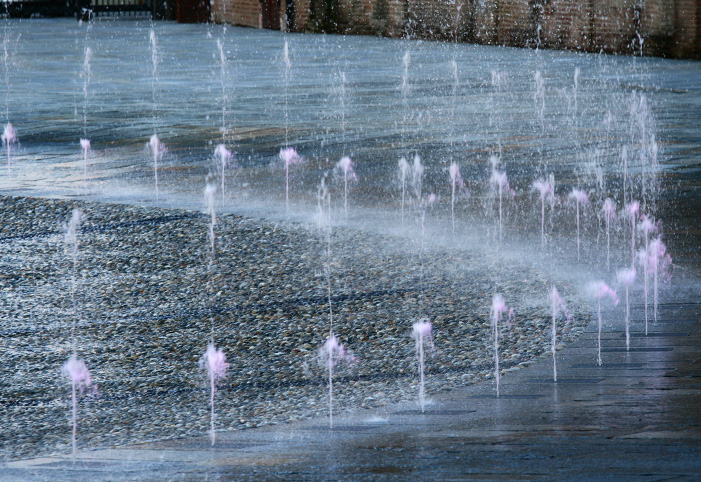 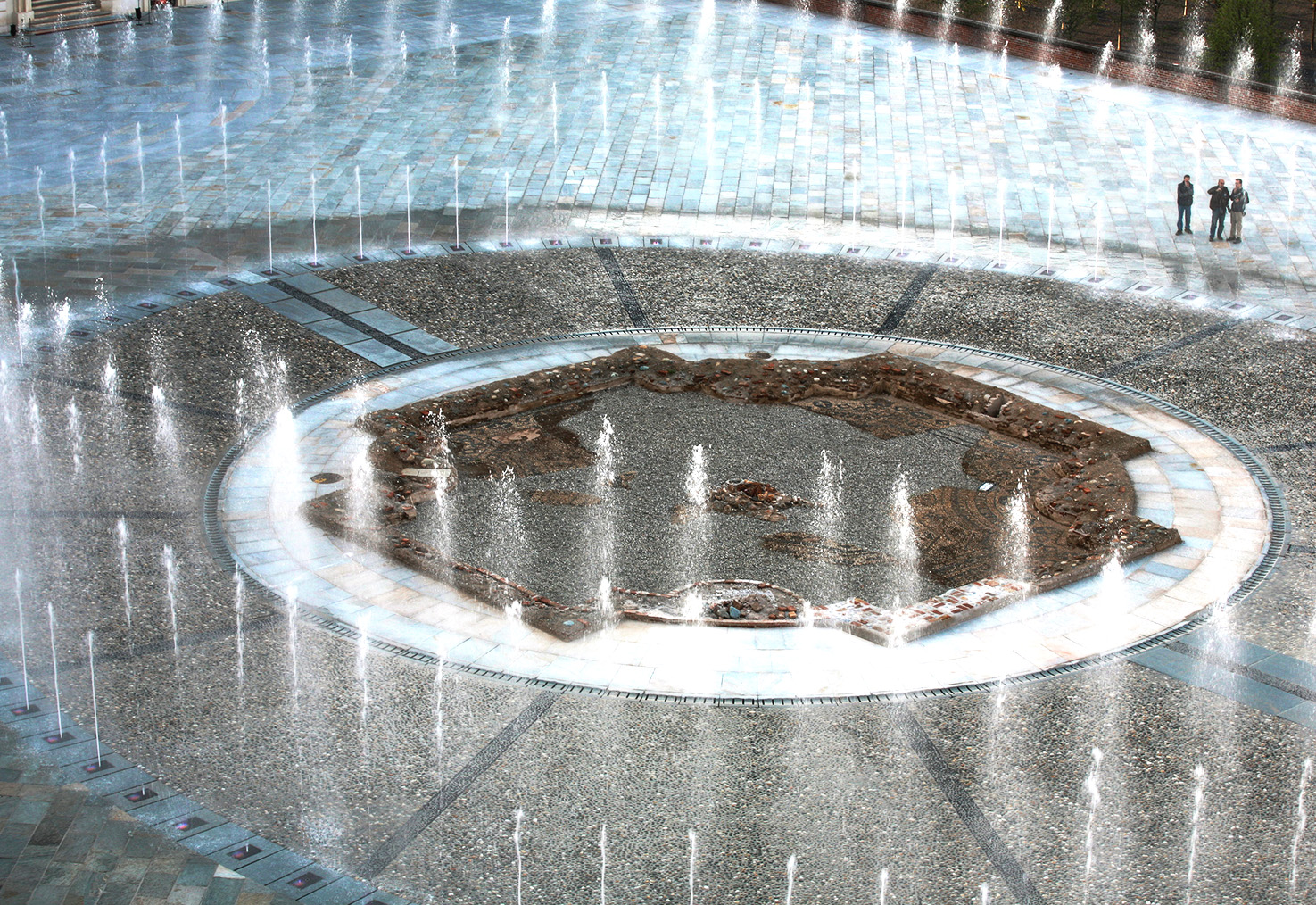 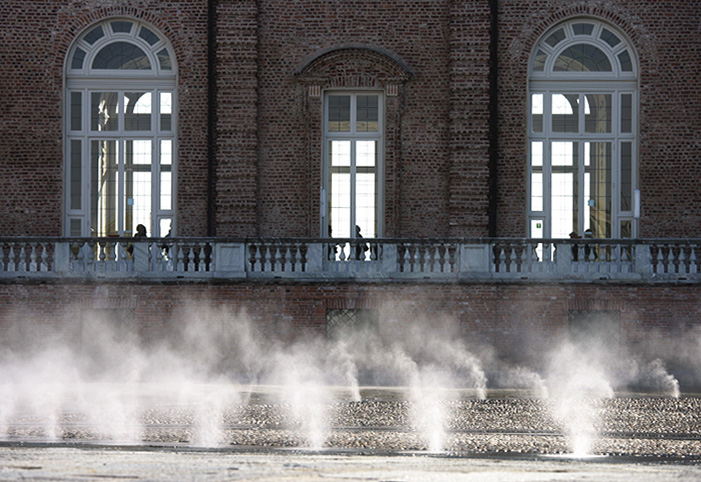 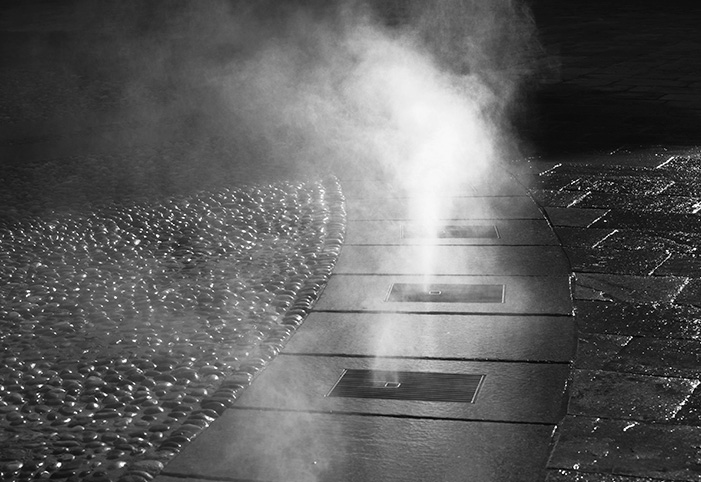 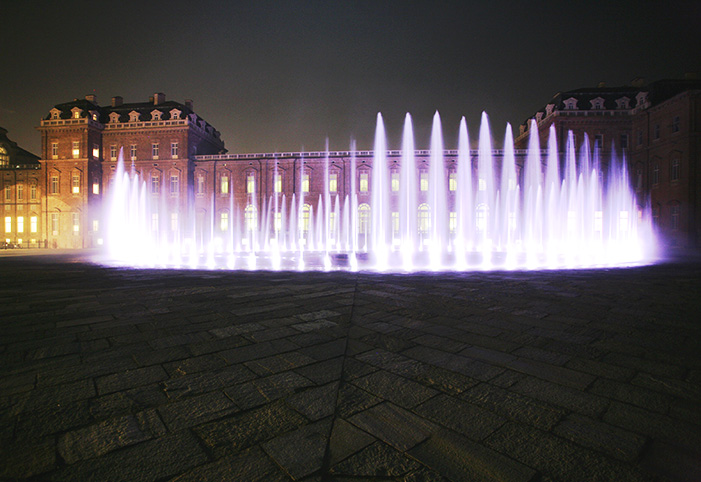 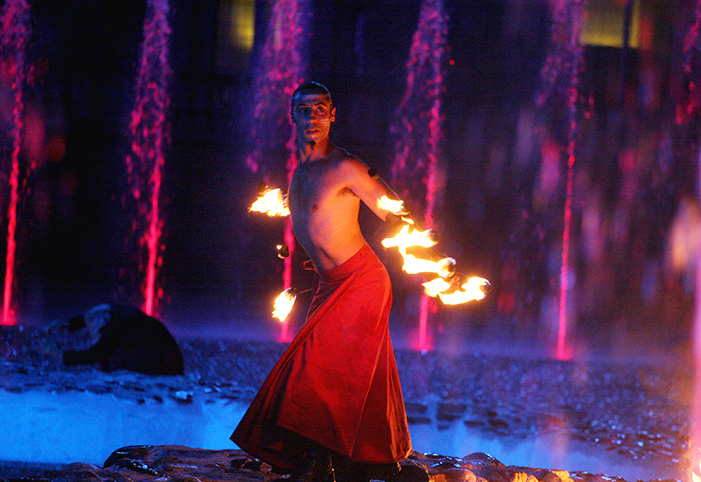 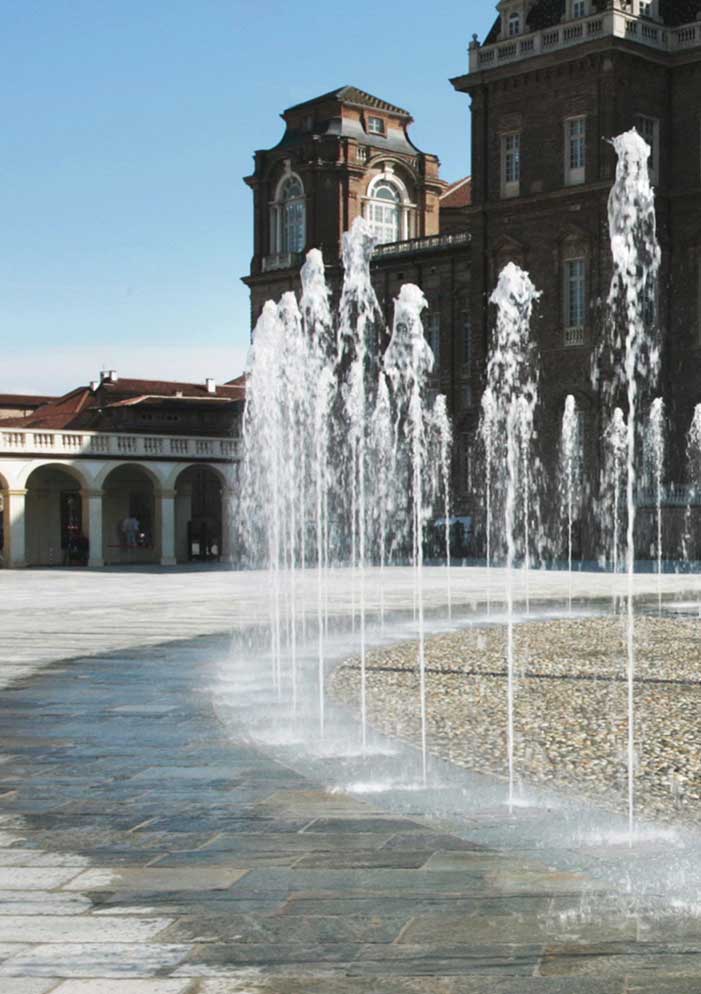 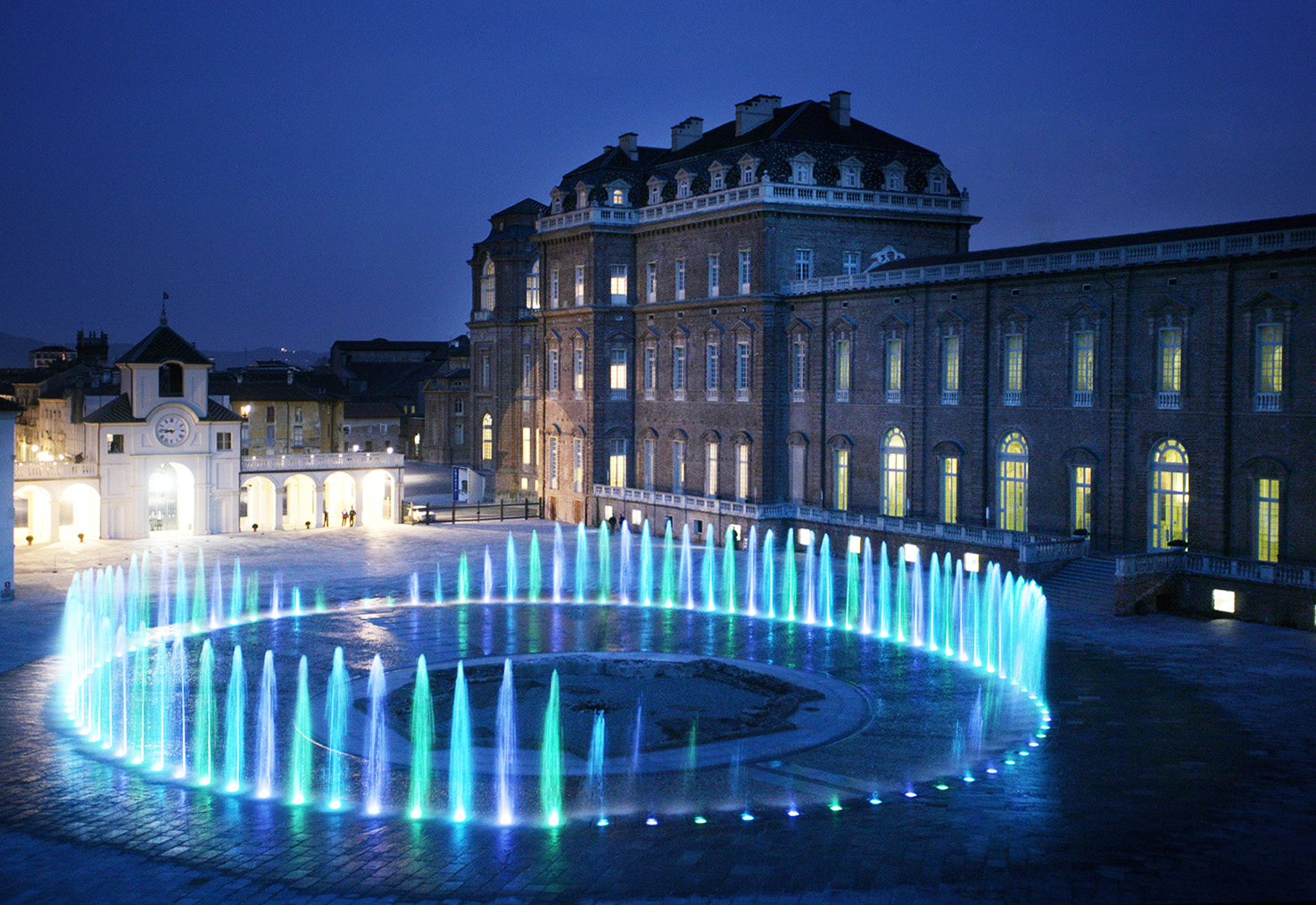